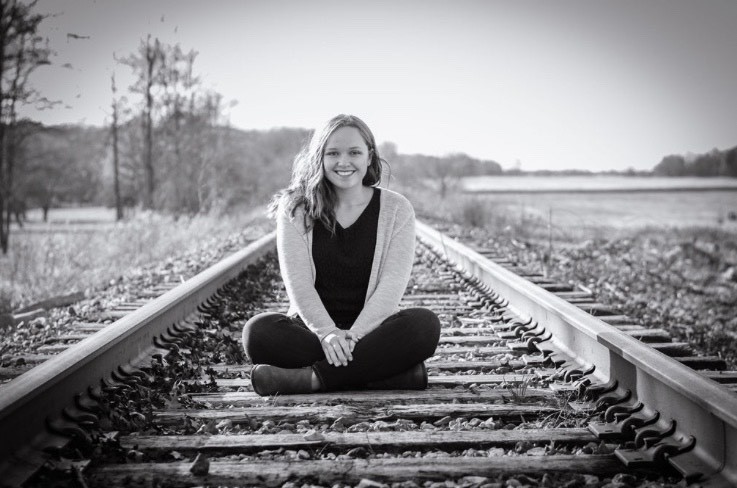 Howland High School senior Peyton Carroll, who is an Ambassador Girl Scout, recently earned the Girl Scout Gold Award. Carroll chose a project to benefit the Animal Welfare League, which is where she got her own rescue dog.

“I thought that it would be perfect to build an obstacle course. I created five different obstacles: an agility jump, tire jump, weave poles, pause table, and a teeter totter,” said Peyton Carol.

Home Depot donated all of the materials to Carroll for the project.  She spent last summer building the obstacles.

“I had my own dog, Moose, test them out to see if he liked them. Then, I coordinated with Animal Welfare League to plan the opening day for my course, which was held in September. During opening day we were able to get some shelter dogs out to play on several of the obstacles. I provided snacks, water, and puppy chow. I also created pamphlets about dog obesity and how it is rising. In the pamphlets, I added some different ways owners can exercise with their dog and get healthier, too ” said Carroll.

Throughout the year, the obstacles remain indoors for the animals.  During the summer months, when weather permits, the Animal Welfare League moves the obstacles outside to Bark Park.

“Doing an obstacle course will allow the dog to have fun but also learn how to behave properly. Overall my project was very successful and I am so happy that I did it. It showed me how much it takes to get a project done and how much effort and leadership needs to be put in it. I would say to any Girl Scout that is thinking about doing their Gold Award is that they should definitely do it and have as much fun as possible with it. Doing your Gold Award is such a big accomplishment and at the end of the day you know that you did something great and made someone a little happier,” said Carroll.