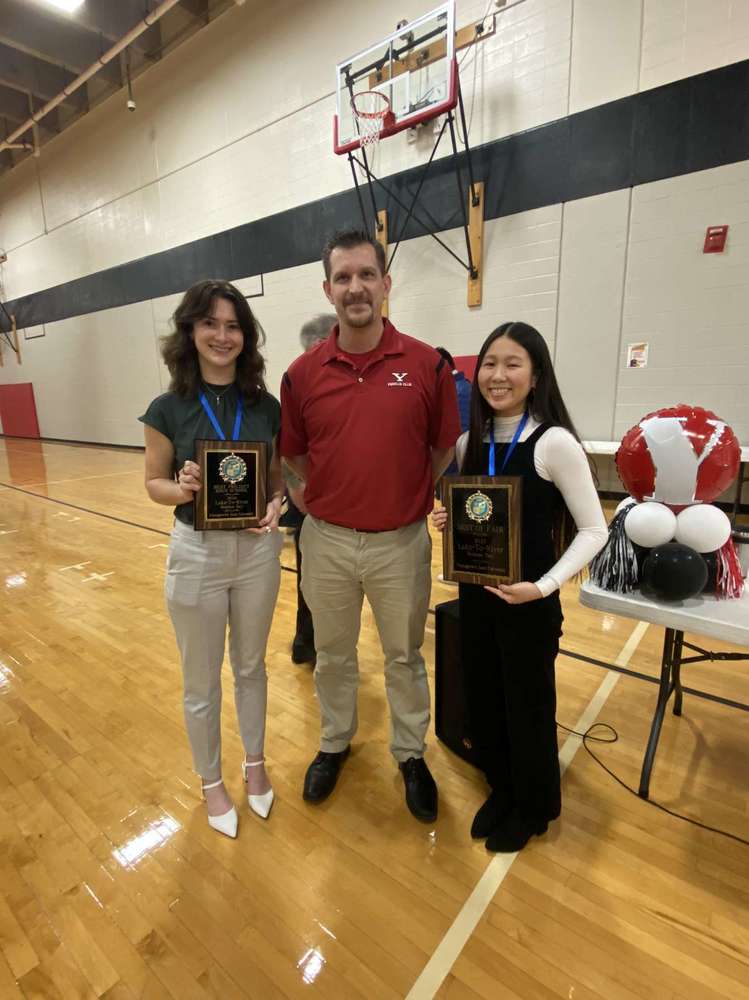 Senior Lukea Pitinii decided to look at how certain decibel levels affected plant growth for her experiment.  Pitinii potted Wisconsin Fast Plants and separated them into three subgroups: plants exposed to no music, plants exposed to classical music at 70 decibels and plants exposed to classical music at 90 decibels.  She then had plexiglass structures built for each subgroup so that the sound would not travel to other subgroups.  After 21 days of testing her hypothesis, which predicted that classical at 70 decibels for 3.5 hours every other day would increase plant growth, she discovered that the plants that were exposed to 90 decibels actually had the most significant growth. Click here to watch Pitinii explain her experiment: https://youtu.be/Ntfolv2LMMM

For her experiment, junior Taylor Baer took to the shores of Mosquito Lake in Bazetta last fall to see how road salt runoff affects fish respiration. Baer hypothesized that when salt levels are high, fish respiration will increase due to stress.  She explains that she believed a fish would be unable to filter in and out what their bodies need. Therefore, confusing the metabolic process, causing the respiration to increase. After testing the theory, she discovered that in some of the experimental groups, fish respiration actually decreased when salt levels increased.  However, she did note that the minnows in her trial did react differently than the control when exposed to salt levels that fell within EPA restrictions. Click here to watch Baer explain her experiment: https://youtu.be/vugc8QFr19k